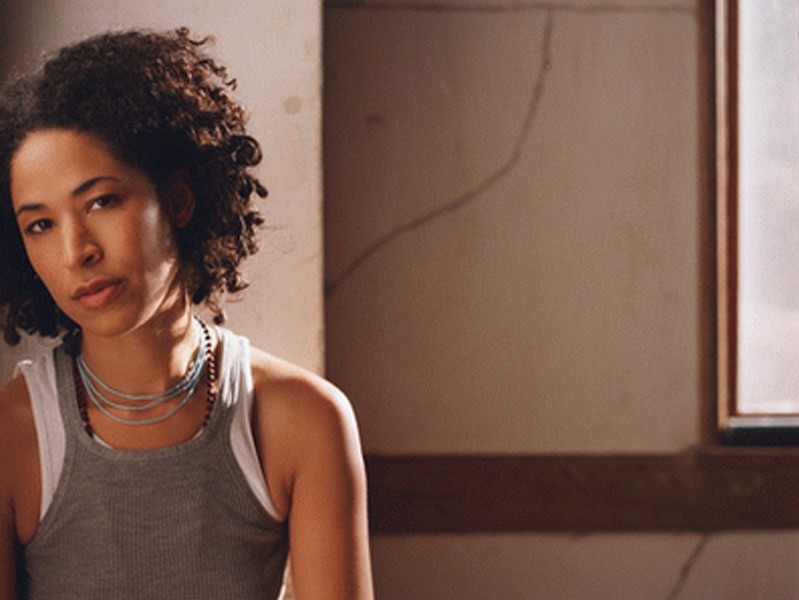 In 1967 Civil Rights Movement-lawyer Mel Leventhal, a white Jew from Brooklyn, married African-American activist and writer Alice Walker. His mother sat shiva for her son, not acknowledging his marriage, until her granddaughter was born three years later. Young Rebecca was ‘the movement child’: The living proof of the triumph of love over racial devisions and identities. But soon the political climate changed, Dr. King got assassinated, Black Panters took over and solidarity got replaced by segregation. Leventhal and Walker divorced, leaving Rebecca shuttling back and forth, spending two years with her Jewish father on the East Coast, then two with her mom and her African-American world, then back again. In her best-selling childhood memoir Black, White and Jewish Rebecca Walker (named one of Time Magazine ’50 Future Leaders of America’) writes about this moving between different worlds, identities and belonging nowhere.

With the political replacement of solidarity by segregation in the 70s, Dr. King’s dream of love between all people ended. Do you think the Civil Rights Movement eventually has failed? I think that transgressive love, whether interracial, interclass or intergalactic, is almost impossible to sustain in any era. Writing the script for unscripted love is a full-time job, and both of my parents had big careers outside the home. It is undeniable that the Civil Rights Movement changed a great deal about American culture, but it isn’t realistic to expect one generation to reverse hundreds of years of separate and very much unequal conditions. That kind of change takes a sustained, multi-generational effort, and lots of funding. It also requires that the activity of change not be undermined and sabotaged from within and without.

Sure it’s a multi-generational effort and we still have a long way to go. But our parent’s generation had gotten so far already. How do you explain that rupture of the political alliance between America’s outsiders, between African-Americans and Jews?I think Jews feel betrayed by Black anger about, say, the treatment of Palestinians and Jewish participation in slavery. Blacks feel betrayed by the assimilation track so many Jews have taken in the last couple of generations. They feel that white skin privilege has afforded American Jews access most Black people may never have, and they don’t see those Jews reaching back to pull them through… I think as Jewish communities in America assimilated and became more secular, money and status replaced devotion to God and healing the world.

On a personal level, how did this change affect you? In your childhood memoir Black, White and Jewish you wrote that traveling between these two totally separate worlds has blurred your notion of identity. I learned a lot about the cultural masks we all wear. I would pretend to be Puerto Rican at school in the Bronx, and then be the nice Jewish girl back in our apartment building in Riverdale. I was ghetto fabulous at the tough public school in Brooklyn, and the hippie girl at the progressive alternative school in San Francisco. It took the doorman of my father’s Upper East Side apartment building two years to realize I was a part of the family, and not there to drop something off. Because I performed all these different roles, I didn’t feel like I was completely any one of them. This gave me a sense of being everything and also nothing, which, in the end, is a very spiritual place to be.

How did your parents deal with this? I grew up in the permissive seventies and eighties in San Francisco and New York. My parents were very hands off, and neither of them realized the effect this would have at a time when drugs and sex were the norm for city kids. They also missed the effect their divorce would have on me, and didn’t realize that moving every two years between them would be psychologically challenging. They also didn’t get that being bi-racial in this arrangement would add another level of difficulty.

How do you deal with that difficulty – this being ‘everything and also nothing’ – now? People are constantly trying to tell me I’m not really Jewish. I didn’t go to Hebrew school, my mother’s not Jewish, I wasn’t bat-mitz-vahed, I’m Buddhist, and so forth. I used to roll out a complete discussion about being culturally Jewish rather than spiritually Jewish (like a whole lot of American Jews my age), but these days I just don’t have the inclination to expend a lot of energy trying to prove I belong anywhere. I’m more like, hey, if you get it, cool. If not, go police someone else’s identity. Is that harsh? After a lifetime of racial and cultural interrogation, I’ve gotten a little impatient with people questioning my identity. I think it’s a sign of self-esteem at this point to not feel obligated to explain or justify my identity… Really the only way to deal with this is to go on a deep psycho-spiritual journey of self-love. Really. And then find people who love you and whom you can love, and have babies or make a tribe, and focus on strengthening the love of your created family every day. You have to let go of people who can’t love you, or who are ambivalent about loving you because of who you represent racially or culturally to them, even if they are your family members. The risk of letting them in is self-doubt, self-hatred, and lifelong confusion about whether or not you deserve happiness. Why bother?

“People are constantly trying to tell me I’m not really Jewish. I used to roll out a complete discussion about being culturally Jewish, but these days I’m just like, hey, if you get it, cool. If not, go police someone else’s identity.”

Did writing helped you seeing yourself for what you are, as a whole in its own right, no matter what others say? Black White and Jewish became a symbolic body for me, a place where all the disparate parts could come together. This was a very powerful experience that allowed me to let go of a perception I had of myself as eternally divided and broken. It was a magical process, and I can’t say that I completely understand it, but I am grateful for it…

So maybe writing about being divided and broken has made you more whole, has made where you are today, ‘a very spiritual place to be’. I think I’m like every other writer. I write to find out what I think. I write to connect with other human beings. I write to exorcise demons. I write as an expression of love. And anger. And hope.

You once said that “memory only serves us if we are able to let go… You cannot live your life as if every moment is what happened in the past..” The nature of memory is that it is something that is not happening now. So the danger of memory is that if we hold too tightly to it, and identify too strongly with it as some kind of eternal, essential truth, we end up projecting it onto our present and then participating in the re-creation of the past. It doesn’t matter if the memory you are holding on to is positive or negative, it can still be dangerous. If you expect negative, you generally get negative, and if you expect positive you get positive. But what happens if the situation is not what you are expecting it to be, will you be able to see it for what it really is? To function competently in it? You may miss your opportunity. So memory is a very powerful force that has to be negotiated carefully.

You are, like both your parents, a writer and an activist. Being brought up with the heritage of the 60s and 70s, what do you think is different about being an activist today compared with those turbulent years? I think the political arena is inherently divisive, based as it is on Western concepts of debate and dialectic. There are always sides and each side is always fighting for itself, which creates a winning side and a losing side and seemingly endless oppositional activity. We’ve also got political leaders who are not necessarily evolved as human beings, and so we cannot expect for them to lead us into a world that they themselves cannot envision. Being an activist today means understanding the limitations of the political system and making smart decisions about how you use your finite energy to make not just the world, but your home and even your synagogue, a better place.

To go a bit further on this, you once talked about exchanging the traditional forms of activism for a search for inner happiness and peace, fulfilling the promise of life, liberty and happiness: “We can change laws and make new policy, but this will not guarantee our happiness… I think the loudest action we can take is to become better human beings, more loving, more compassionate and less aggressive”. How can we achieve this state of love? Every day. A little bit at a time. I think we need, as a society, to move toward the mystic and away from the economic and political as organizing principles. As Joseph Campbell taught, we are losing our connection to nature, we are no longer in accord with it. And because we are, essentially, nature, this is a very big problem.

But don’t we first need laws and recognition in order to become better, more loving, human beings? I think that many of the most evolved human beings have been forged in the fire of great deprivation and oppression. Look at Dr. King. Gandhi. Nelson Mandela. Elie Wiesel. Traveling around the world, I have met people with very little money and very few civil rights who are more loving, generous, and kind than your average wealthy Westerner. This is because they are not operating on economic and political principles, they are operating on human principles… I had a boyfriend in college, a very smart guy who became a Rhodes Scholar and all of that, and he once told me that he thinks that at any given time in history, there are the same number of people trying to make peace and the same number trying to make war. The percentages don’t change, but the populations and geographic locations do. That struck me as depressing at the time, but then I realized that it could mean that each individual really matters. If a whole lot of the peacemakers stop doing their job, the whole world will fall completely apart. I think this way of looking at the world allows a somewhat more balanced view of the notion of progress.

I guess having the privilege of being able to heal the world, has to do with being able to love. I feel very fortunate. I am still a fairly neurotic worrier, and wracked with guilt about all the ways I am not a perfect mother, and I subject myself to a host of other self-criticisms big and small, but overall, I’m doing pretty well. I’ve got a beautiful son, a partner who loves and supports me, a career that allows me to connect deeply with other people and other cultures. On most days I am able to eat really good, healthy food, and drink clean water. I’m alive. I think this is what having my son has given me: the feeling of having enough. And being grateful.